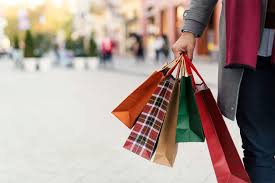 The holiday season is a time when people can become careless and vulnerable to theft and other holiday crimes. People are often in a rush buying gifts, decorating their homes, visiting friends or traveling. There is a big increase in the number of people that are out and about shopping at the malls and grocery stores, packing the parking lots, grabbing taxis, filling up the seats on rapid transit and waiting in lines at ATM machines.

Many stores extend hours late into the night. People head to the stores after work, then at closing time, you see them emerging with the dazed eyes of sleepwalkers. Amazingly, then the mall parking lots empty out in record time and within minutes become deserted. Without fail, there are always a handful of people wandering the lots alone, looking for where they parked their cars or digging through handfuls of shopping bags searching for their lost car keys.

To normal, law-abiding people, all of this kind of holiday hoopla and pressure is just part of the festive mood of the season. And all the gaiety, unfortunately, also tends to cause people to let their innate sense of caution temporarily fall by the wayside.

Why Thieves Love the Holiday Season

All the hustle and bustle going on over the holidays gives thieves what they want, almost as much as an unlocked bank vault, and that is the opportunity to become invisible. By being as nondescript as possible, they can move through big crowds of rushed and distracted people without anyone noticing them. They can pickpocket and shoplift and when their victims realize that they have been robbed, they will have no idea who did it.

In most communities, the police work additional hours during November and December. They are kept busy the increase in traffic accidents, home fires, bar fights, and family disputes. Also, during the month of December, more people die of natural causes than any other time of the year. Police often have to change their regular routines and leave the nightly patrol through neighborhoods to answer emergency calls.

Thieves know that the police are overloaded during the holiday season and they take full advantage it. They thrive on the fact that the police and stores’ loss prevention staff have their hands full with amateur thieves who are hauled to jail for trying to steal from the electronics departments or waiting for the parents of pre-teens who pocketed the latest video game.

In the meantime, the professional thieves are busy breaking into cars in the parking lots to steal gifts, cell phones, and electronics, or stalking and robbing or scamming the people who are alone. Some thieves prefer burglarizing homes. They spend their time walking neighborhoods, looking for houses that appear that the homeowners are away. Darkened homes nestled between neighbors with front yards bursting with holiday lights will draw their attention.

Having the kids off from school is another concern because of the number of unsupervised teens hanging around without anything to do. Homes within neighborhoods are broken in more times by young male teens that live in or near the neighborhood. They often choose a home and then hang out to see when the homeowners leave each day. They might be so brazen and ring the doorbell, then pretend to try to sell something if anyone answers.

How to Keep From Becoming a Holiday Crime Victim

The following tips can help you be more careful, prepared and aware during the holiday season.